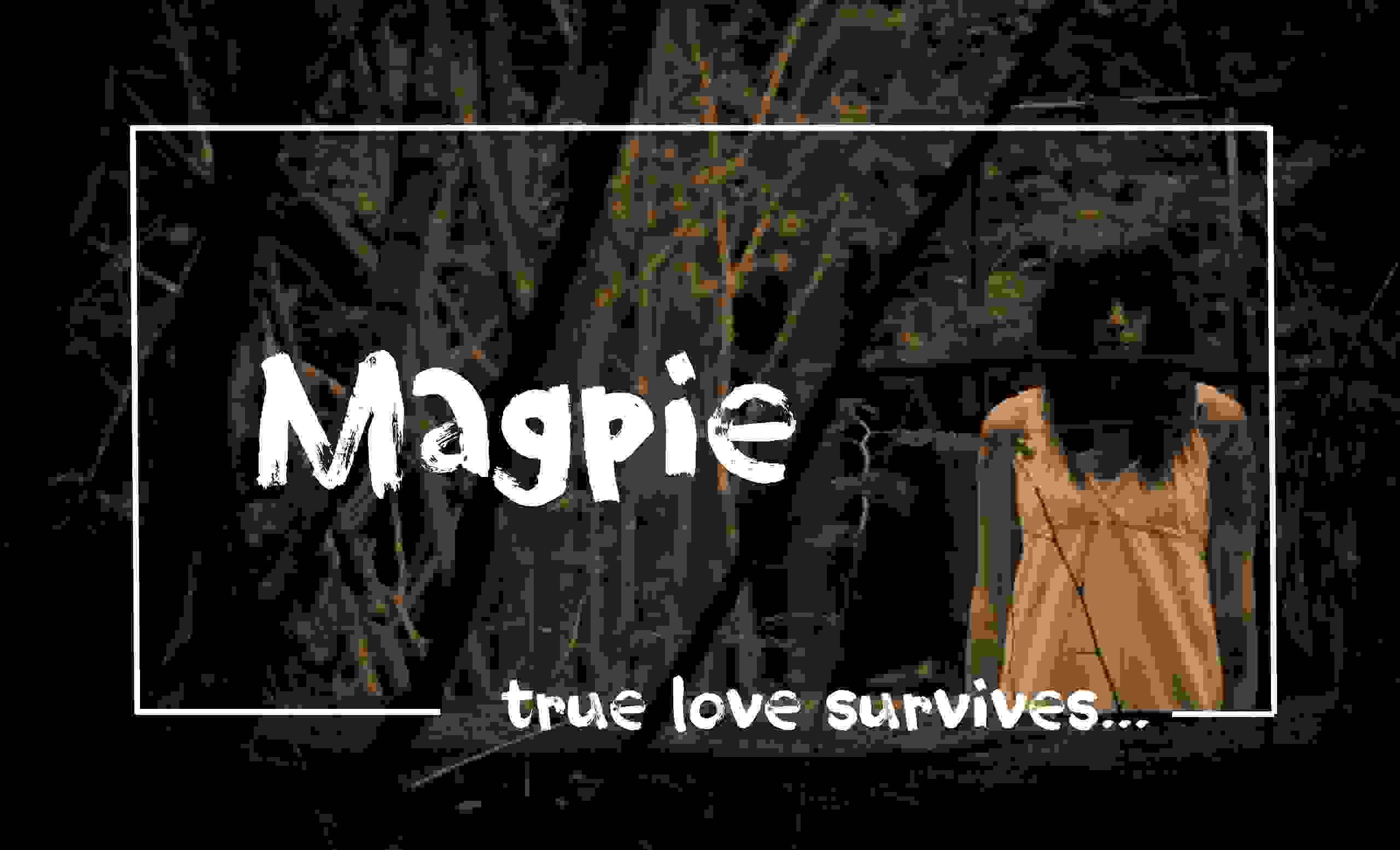 A man mourning the death of his wife over 12 months ago moves into a new house – hoping to forget his recent tragic past.

In an attempt to ease his pain, he turns to online dating for comfort – not realising that he is making contact with a dead former inhabitant of his home, bent on moving back in at whatever the cost.

A supernatural cyber/thriller romance where The Ring meets Wuthering Heights, MAGPIE is a tale of grief, love and redemption that asks if the only way forward is to stop looking back – and if the very thing we fear is what will ultimately save us.

'Why does thou sit upon my grave

And will dead lips to speak?

Why does thou weep upon my grave

And will not let me sleep?'

MAGPIE is a story with significant market appeal set to capitalise on the dearth of content created by the current global environment – and offers a rare and unique opportunity  to become involved with a finely crafted, beautiful yet chilling feature film set to find a niche market share, now and into the future.

MAGPIE - NOW IS THE TIME

Since the advent of the COVID 19 pandemic, the film industry in Victoria has all but shut down. Simultaneously the consumption of content via the online platforms e.g. Netflix, Stan, Amazon Prime et al has increased.

Now is the time to make a low budget, beautifully crafted film – inspired by, and set during a lockdown. A film ‘written back’ from the restrictions in place.

A ‘genre’ film that will appeal to the thirsty streaming platforms and gain traction with an international audience.

The savvy team behind MAGPIE recognised opportunity and have developed a nimble production designed, and to be shot accordingly.

Darren started out as a playwright,  working alongside people such as acclaimed actress Diane Cilento and Oscar nominated Tony Shaffer before becoming a screenwriter/brickies labourer.

He completed his first screenplay LILLY, and travelled to Los Angeles where he got lost in a giant martini, somewhere on Sunset.

On returning from LA, Darren wrote, produced and directed the pilot episode of THE BLESSED - an eight part television series , before going to develop a slate of feature film projects including THE UNLIT - a supernatural thriller due for release in 2020.

Darren’s psychological horror script, THE TUTOR, did the rounds at Cannes 2016 and is slated for production during 2021.  His Icelandic saga - THE PLOVER'S CRY is presently in development.

Rachael has worked in film for 10+ years. With a BA(Hons) from Victoria University and a diploma from the London Film Academy, she cut her teeth in London's fast paced film industry as a camera operator, and then moved into directing and producing. Rachael setup and co-ran her own production business Buckwheat Films UK.

Rachael particularly favours psychological thrillers, as well as films about social justice that engage the viewer to think.

Kate Whitbread is a producer of feature films, television series, television commercials, live theatre and events. Her company KWFilms develops and produces content with a focus on female audiences worldwide.

Kate’s feature film credits include THE SPIRIT OF THE GAME,   THE CATERPILLAR WISH, SURVIVING GEORGIA and DEEPER THAN BLUE.

Kate produced and directed the supernatural thriller THE UNLIT - due for release in 2020.

Lee brings a wealth of experience having played many roles working solidly in film, TV and theatre for twenty plus years. He just completed directing his third film JUNK MAIL and featured in the theatrical release MISS FISHER AND THE CRYPT OF TEARS

Lee has won numerous awards for roles for his outstanding work in film, theatre and TV.

Lee has shares a wonderful relationship with LORNE FILM with his stand out turn as the disturbed and fragile 'Sgt Terrence Walker' in THE UNLIT - along with appearing in several short films featured during LORNE FILM 2019.